Were you ever about to do something yet already believed that you were not going to succeed ... perhaps you felt inadequate ... or maybe you were being dragged back by some persistent doubt because you needed to feel 'more certain' before making that first step?

Or else you might have had a nagging feeling that someone else was better qualified than you, or that something was bound to go wrong? 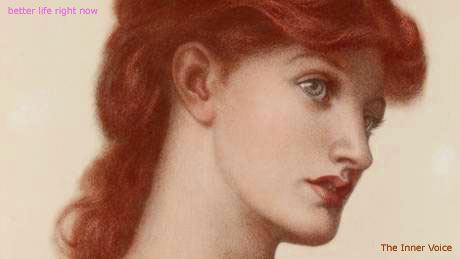 It may be said that anyone who uses language to communicate with others, also uses language to communicate with himself.   I am referring to our internal voice or, as we often call it, our internal dialogue, which may be considered to be a two-edged sword.   In fact, it can either spur you forward into action, or hold you back, which is when we refer to it as your inner critic.

However, as we have already indicated, the function of this inner voice isn't only to criticize. On the contrary, it may actually serve you well. But before we consider how we may control this inner dialogue and use it to our own benefit, let us talk about where it originates from and why we hear what we hear. Still, even before going there, here are a few brief examples.


John had been trying to sell his home but was very uncomfortable with the Real Estate agents' valuation which he felt was too high although he went along and asked for the recommended price nonetheless. But when, some months later, the house was still unsold, John further convinced himself that his asking price was too high since no one had made an offer.

His facial expression clearly showed the frustration going through his mind. He would think to himself, "It's so b!%min' obvious that people are finding it too expensive! I knew it...   Of course, the Estate Agents had nothing to lose; unlike me, because it is I who will have to wait so long before I manage to sell it!"


Now if you yourself had been the prospective buyer, would you have paid the asking price to a person whose face was a billboard advertising such doubt?   I don't think so!


Charles was feeling worried before an important meeting with his boss. "I hope I'm not going to get told off. How can anyone cope with the overload in this place?" — He is already suffering high anxiety.


Imagine you go shopping for clothes   and find something you really like,   but just then a nagging thought crosses your mind, "As if this would ever look good on me!   Forget it!" — You've just landed yourself in a less-than-happy mood. 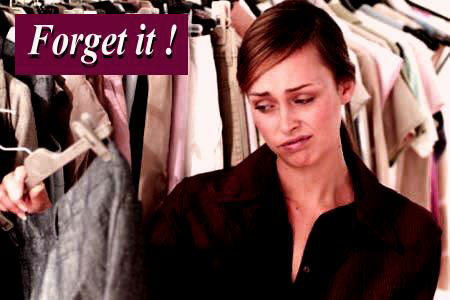 Maria had just started a new job and one of her mates didn't seem too excited for her and, instead of congratulating her as the rest of her group had done, she bitched at her sarcastically. "Well, well ... isn't that grand!? I can just imagine how important you must feel now, eh!!"

Maria worried herself sick, repeating to herself those cruel words from her fake friend as if they were a faulty record — for days on end.


Now, as we all know, sometimes your Inner Dialogue is favourable. Those times, you feel empowered (ignited) even before you start out   and your chances of succeeding are much higher.

However, when that same voice instigates fear, worry, or dissatisfaction, it weakens you to the extent that your chances of success will die before they are even born.

The Inner Voice — What and Where?

When you think about it, you might realize that the 'inner chattering' never seems to stop. We've all seen people in the street deeply engrossed in conversation with themselves, sometimes even getting angry at what they're saying!   I wonder what might be going through their minds at such a time.

The answer is simple, even if blatantly obvious:

"Thoughts — which represent Reality as they see and feel it for themselves!"

At that moment in time, their internal voice will be crystal clear, loaded with emotion and quite often it could be their own voice. I say 'often' because it isn't always one's own voice that is heard.   Take, for instance, a case when someone else belittles or ridicules something that you'd have just bought, or when someone offends or scolds you.

In that case, not only will it be someone else's voice that you hear inside your head, but it will also sound highly irritating — possibly nasal sounding — and, many a time, even if it won't be all that obvious to you, you will actually be seeing a visual (an unpleasant mental movie) that's exaggerated and packed with drama that probably didn't even happen!

And at that precise moment, that terribly irritating person would practically be living inside your head ... against your will ... with a voice that's crystal clear and as loud as anything!

Before anything else, it is important to realize that what really hurts you isn't actually what was said, because that was said 'only once'. That which keeps hurting you is the constant playback that YOU keep running in your mind. Your own thought!   And I can imagine you saying, "But I have no control over it." Then, boy. you would be mistaken to think that way.

Consider when you are watching a good movie at the cinema and you get so drawn into it that you feel as though you yourself are in the story. That is precisely what happens when you (mistakenly) reason that you cannot control your thought. You will have become part of it or, rather, more correctly, you would have made it a part of you, when it is really "just a thought".

So that is where you'd be going wrong, because you are separate from your thoughts. Let me repeat that bit.


You are NOT your thoughts!


You are able to change your thoughts.   For instance, if someone came up to you and conversed about something completely different and about which you happen to be interested, then your thoughts would instantly change as your focus shifts.

But internal dialogue is not always the result of something that other people may have told you.   It may sometimes be a reflection of low self-confidence; a lack of respect for your own abilities.   It might even be echoing some bad memory that you are still carrying, one which despite having occurred many years previously, you might still be reliving daily.

Alternatively, it might even be the consequence of a lack of life-skills, or the result of limiting beliefs that constantly hold you back, often disguised under the excuse of a bitter Destiny; as if Life is the Valley of the Shadow of Death!


So here is what you need to do.

Change the tonality and pitch of the inner Voice, whether what you hear is your own, or someone else's voice.   Change it into a tonality that does not make sense at all; usually it's best to make it sound ridiculous because the incongruence would render the words themselves as nonsense.   For instance, imagine a heart-breaking song that is sung in a joyful tone ... would that make sense? So now it's time to turn the volume down. Yes, exactly so! Lower the loudness level of the inner voice so much that it can not be understood.

There are various methods to do this effectively, but this is not the place to go into too much detail. Feel free to email me in case you are interested in finding out how this can work for you.

a So the voice that previously served to inflict personal sabotge, can now become your inspiration and personal support. Take a moment to think a little, whether you would repeat those same disparaging words that you say to yourself ... to other people instead. I think not! So how can you allow yourself to inflict damage to your own person with such harmful words?

My wish for you is that you use your Thoughts well because a thought can build or break you, but whatever the case remember that you are separate from your thoughts. And remember also that the moment of proof lies during the storm. not when seas are calm! So keep in mind that when you are going through hard times, you are being fortified!